Treated wastewater effluents may be harmful

The amounts of wastewaters produced around the world are vast. For example, in Finland approximately 100 000 cubic meters of urban wastewater effluents per inhabitant are discharged each year. A recent study in Finland confirmed that Finnish wastewater treatment plants are efficient in removing components that might cause acute effects in whole organisms. However, indications of estrogenic and genotoxic potential were detected in effluents discharged from these treatment plants. Thus, treated wastewater effluents still may cause harmful effects on the environment.

In the long run, compounds that are hormonally active or affect the genome may alter, for example, fish populations in the receiving waters. Indeed, it has already been noticed that estrogenic compounds from wastewater effluents have caused feminization of male fish in the nature.

Effluent discharges are controlled by monitoring and setting consent conditions based on chemical and physical parameters. In addition, legislation or uniform guidelines on discharge limits based on biological parameters have been implemented in some countries. With merely chemical analyses, for example, the effects of compound mixtures or unknown compounds cannot be assessed. The US has been a forerunner in using biological methods for assessing wastewaters and setting consent conditions based on them. In Europe there are also several countries that use routinely biological methods in assessing wastewaters. For example, in Germany sector-based provisions for municipal and industrial wastewater discharges include several biological methods. In Finland, however, biological methods have not been used routinely in establishing effluent discharge limits. Even studies on the biological effects of treated wastewater effluents are limited in Finland. Thus, the policy varies from country to country when it comes to utilising biological methods in effluent quality studies and monitoring.

If wastewater effluents are found to exhibit biological activity, the harmful components should be determined. Methodology for finding out the toxicant from complex wastewater mixtures is called effect directed analysis. This means the combination of physico-chemical fractionation methods and biological tests to reveal the biologically active components and has been developed especially in the US.

Biological methods (ecotoxicological tests) can be used to assess the effects of wastewater effluents on, for example, the growth, reproduction and behaviour of organisms. Traditionally ecotoxicological effect studies have relied on whole organisms, e.g. fish and have therefore required quite rather lengthy tests and large test volumes. Today, however, the trend has been towards economically and ethically more viable test methods. Reduction of vertebrate testing is also included in the European chemicals legislation, i.e. the REACH regulation. Thus, increasing interest has been paid on the development, validation and use of small-scale test methods, which are rapid, need small test volumes and can be automated at least partially.

In a recent study, several small-scale screening methods were applied for assessing Finnish domestic and industrial wastewater effluents. The study confirmed that Finnish wastewater treatment plants are efficient in removing components that might cause acute effects in whole organisms. However, indications of estrogenic and genotoxic potential were detected in effluents discharged from these treatment plants. Thus, treated wastewater effluents still may cause harmful effects on the environment. In this study also the effect directed assessment methods were elaborated and applied for an effluent originating from a pulp and paper mill. In addition, methods for studying the impacts of biodegradation on the toxicity of organic compounds were developed.

To protect the environment from unknown, potentially harmful compounds, it would be important to combine biological methods with the current chemical and physical monitoring parameters. This would be especially essential in case of unknown, possibly bioaccumulative compounds that may be present in small concentrations and may cause chronic effects.

Author is a senior consultant at Gaia Consulting and has finished her PhD studies on wastewater toxicants in 2008.

Read more about the Finnish study on the biological effects of wastewater toxicants here. 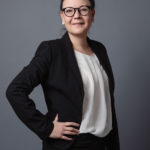