What are we voting on Globxit? 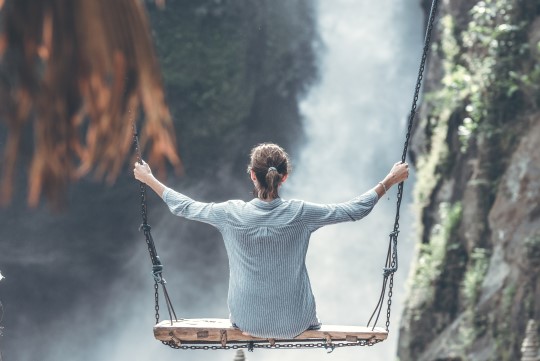 How come WeWork raises 13 billion dollars in a blitz for renovating real estates that it doesn’t even own, while the Green Climate Fund scrapes together just below 10 billion from leading economies of the world?

For the past months and years Europe has gasped at the selfishness of the Brits. How dare they mess up our economies with their never-ending Brexit-shenanigans? We watch the votes tally and feel like the fate of the world is vested on those grammatically-perfect arguers, who seem as lost as everyone else.

At the same time, a whole different kind of vote takes place every day and every year. We know the warming effect of each gram of CO2 as well as the probable consequences. The facts are there, yet we often vote for leave.

Governments scratch their heads in trying to level their budget to maybe someday pay back their loans. Individuals gaze at stock prices to secure their pensions and the livelihood of their offspring. We are perfectly capable of understanding the laws of economics, but somehow have a complete blind spot in seeing that our greatest debt comes from the planet, not our creditors.

If we defined Globxit [Globsit] as the “tipping point of irreversible change in the climate system” then every emitted ton is another leave-vote. Already in 2018, the IPCC estimated the total remaining carbon budget to equal the current emissions of 10 years, before the leave votes outnumber the stays.

What’s different from Brexit is that it’s a hard-Globxit no matter what. There’s no negotiation of contractual terms, organization of re-elections or later change of policies. The deal counterparty is the Globe without which we have nothing. If it calls our bluff, what we have in our hands is a seven-shark and mass migration. Our politicians have the ballots in their hands, they just have to vote for stay. We as people have to put the stay-voting people in charge and set aside some of our short-sighted comforts and interests.

The question in the end is: are we so omnipotent that we dare to vote leave? “How dare we”? Well, how dare the Brits? At least they have a place to leave to…

Lastly, let’s get back to WeWork. Are we not allowed strive for money and prosperity? Does voting stay translate to a global recession and cold morning showers? During the last months, the market value of WeWork has melted from 50 billion to 8 billion(and counting). Simultaneously the IEA tells us solar PV is the cheapest source of electricity globally, and according to REN21annual employment from renewable energy totals 11 Million. If you ask me, the fact that a buzz-company out-funded the GCF, where obviously the latter would have made more money and been better for the environment, is nothing but a perfect demonstration of the fact that the choice is really ours to make.