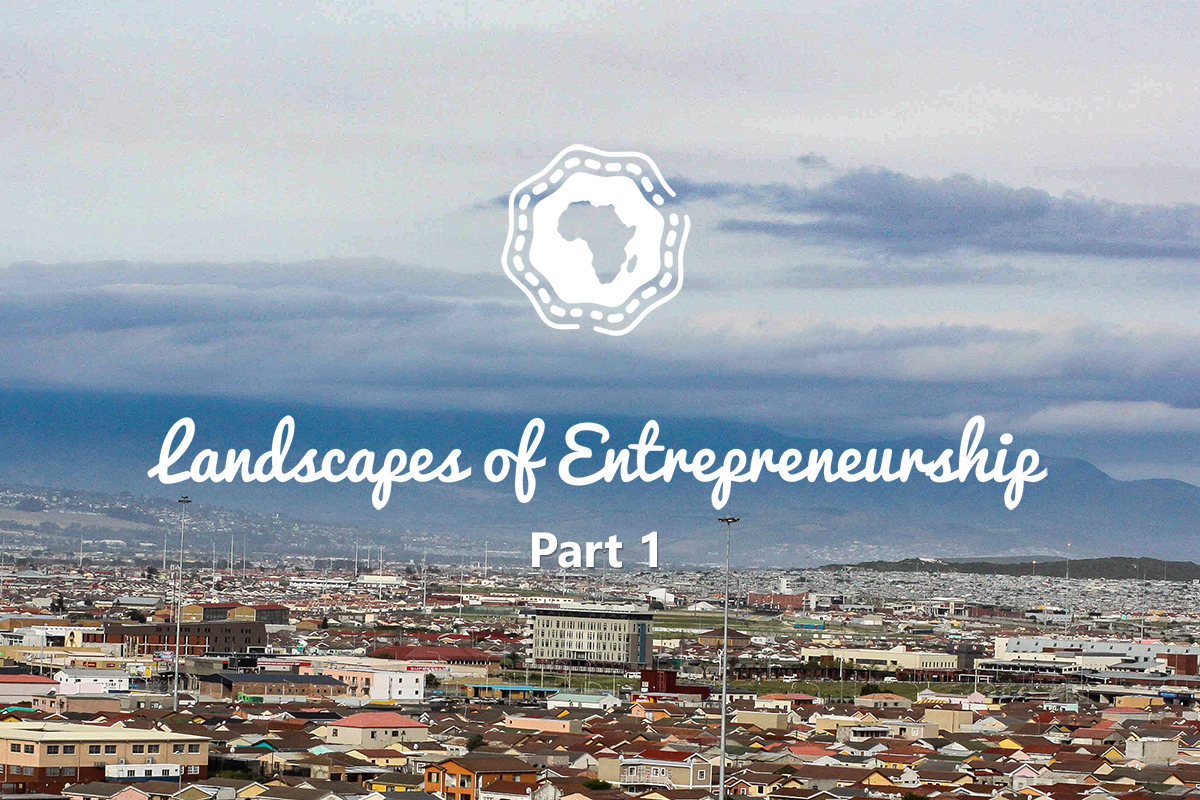 This post is part of a blog series by our Business Manager Paula Tommila. She will be travelling across southern and eastern Africa for the rest of the year and writing about the different African Landscapes of Entrepreneurship.

Small businesses can have a game changing role in South Africa but means for growth need to be generated. A visit to Khayelitsha, the largest township of the country with over five million residents, shed light on why this is so important.

More than 30 hours on train from Cape Town to Johannesburg provided a great opportunity to sum up initial thoughts from the first leg of my trip. After two weeks in the country, it’s clear that there are more new questions than answers when it comes to business development and market potential in South Africa.

In many aspects, South Africa is a forerunner in the African economy with its well-developed industries and GDP per capita at the level of many South American nations. A visitor can travel weeks in the country enjoying world-class wines, restaurants and accommodation, outstanding views and nature experiences without really noticing the developing side of the society.

The country is also truly a rainbow nation, with huge richness and variety, in people, cultures, landscapes, livelihoods and businesses. With more than 17 years since my previous stay here, it’s been great to see that most things visible to visitors’ eyes have developed towards the better.

However, the extreme political history, major segregation and the democratic yet dramatic shift of power in 1994 has left the country in a position unlike any other in the World. Significant effort is needed to provide sustainable livelihoods for the population as a whole. Private sector could have a meaningful role there.

The South African economy has just officially dove into regression while most other Sub-Saharan economies are on significant rise. Unemployment rates are among the highest in Africa with figures at 27.6% in 2017. On the other hand, like in many African economies, a significant share of people receives their income from informal sectors, thus the figures are not directly comparable to international statistics.

International trade is largely in the hands of large corporations focusing on mining, manufacturing and agriculture. The domestic market is also significant, with only Nigeria’s domestic purchasing power parity exceeding that in Sub-Saharan Africa.

What is lacking behind, is the small and medium enterprise (SME) sector. The number of small enterprises has not shown significant growth since 2008, and a very small share of them employs more than 1 people.

The challenges of the SME sector have been widely recognized, and both the government and the private sector entities actively develop tools for improving the growth opportunities of the companies. Still, solving issues like access to finance, poor infrastructure, complicated labor laws, lack of educated workforce and inefficient government bureaucracy are anything but easy to tackle.

A visit to Khayelitsha, the largest township of the country accommodating more than five million people, equal to 10% of the population, pictured what should be clear for most of us working in developing and emerging markets: Development and growth are best generated from the inside, supported by strengthening public services and institutions.

Khayelitsha is no longer a place to stay for those with no choice, but a vibrant city of its own, with higher- and lower-class neighborhoods, choices for livelihoods and a variety of services available.

Many would choose Khayelitsha over Cape Town or Johannesburg and want to stay or return to build a nice house in the neighborhood considered home. While safety can be an issue after dark, like anywhere in South Africa, restaurants, taxi services and the civil society do their most to safely cater for those willing to make use of their services, day and night.

Providing the services can be costly. In Khayelitsha, nearly all the daily services from grocery stores to hairdressers and hardware retailers are provided by micro enterprises without access to capital or wholesalers. This increases the costs and minimizes the profit generated, as the purchasing power and willingness to pay among the clientele is not above average.

Grounds for growth are not yet there.

Inside out is the way around

By developing businesses in areas like Khayelitsha where also most of those in need of jobs are, wealth can be spread across the country.

So, instead of trying to establish something new from the outside, the existing structures and businesses should be strengthened on site. For local enterprises to grow, financing and new business models catering for their needs would be needed.

The keys for improved well-being and healthy economy lie where the people are. It’s time to take these opportunities seriously.